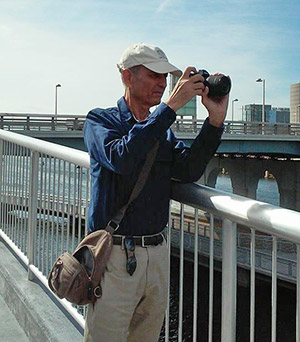 Juan Miguel Torres found photography in a roundabout way. After cancer damaged the nerves in his fingers he was no longer able to pursue the one passion he had as a child — to paint. Yet that very limitation gave him a new pallet, brush and paint: a camera.

The times he spent in the galleries of museums drew him to the Dutch Masters and Impressionists. Their use of light and color and their compositions captured in the forms of still lifes, portraits and landscapes not only told stories but also brought out of them their true essence and inner beauty.

Juan’s still lifes’ inspiration came from the ordinary task of searching for common things such as pears, oranges, pomegranates, eggplants, corn and radishes, looking for colors and shapes. He took cardboard boxes, flattened them and painted them to use as backgrounds.

He then spent hours on composition, looking for the right juxtaposition. Then the real work began with the use of light. For many of his still lifes, he began in total darkness and slowly added light to the objects until he found the right amount from the perfect angle. 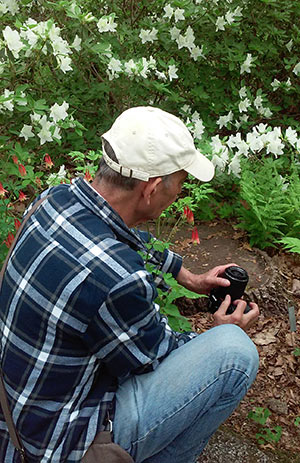 Often using a flashlight and a lens held open for long exposures, Juan would “paint” with light those parts of the subject he wanted to be highlighted. This technique mirrored that of Chiaroscuro used by oil painters such as Da Vinci — the use of light to bring an object to three-dimensional life from total darkness.

The Philadelphia Art Museum area, Fairmount Water Works and Boathouse Row were venues in which the young Juan escaped the barrenness of North Philadelphia life. In later years, with camera in hand, he would revisit the same beautiful areas and wait for the sun to start setting. The golden sky reflected on the Schuylkill River gave him the opportunity to capture these so-often photographed sights as paintings.

Juan’s artistic approach is best summed up in his own words: “I photograph in a painterly style, determined not to rebel against representational or impressionist art but to utilize the art form’s fundamentals to continue to capture the inner essence and beauty of what I photograph.”